Racieta S is the fourth foal that is selected for an auction out of the mare Cieta-S. This time in combination with world champion Glamourdale, which made an impressive debut in the Grand Prix ridden by Charlotte Fry with scores that bring him to the world’s best horses. Grandsire Vivaldi belongs there as well. The chestnut is ranked sixth on the WBFSH sire ranking and he is very influential in  dressage breeding worldwide. Granddam Ratina S is a performance-mare with three progeny qualified at Z-level. This damline is created with the sires Belisar, Uniform and Gondelier, which were all influential for the dressage sport. 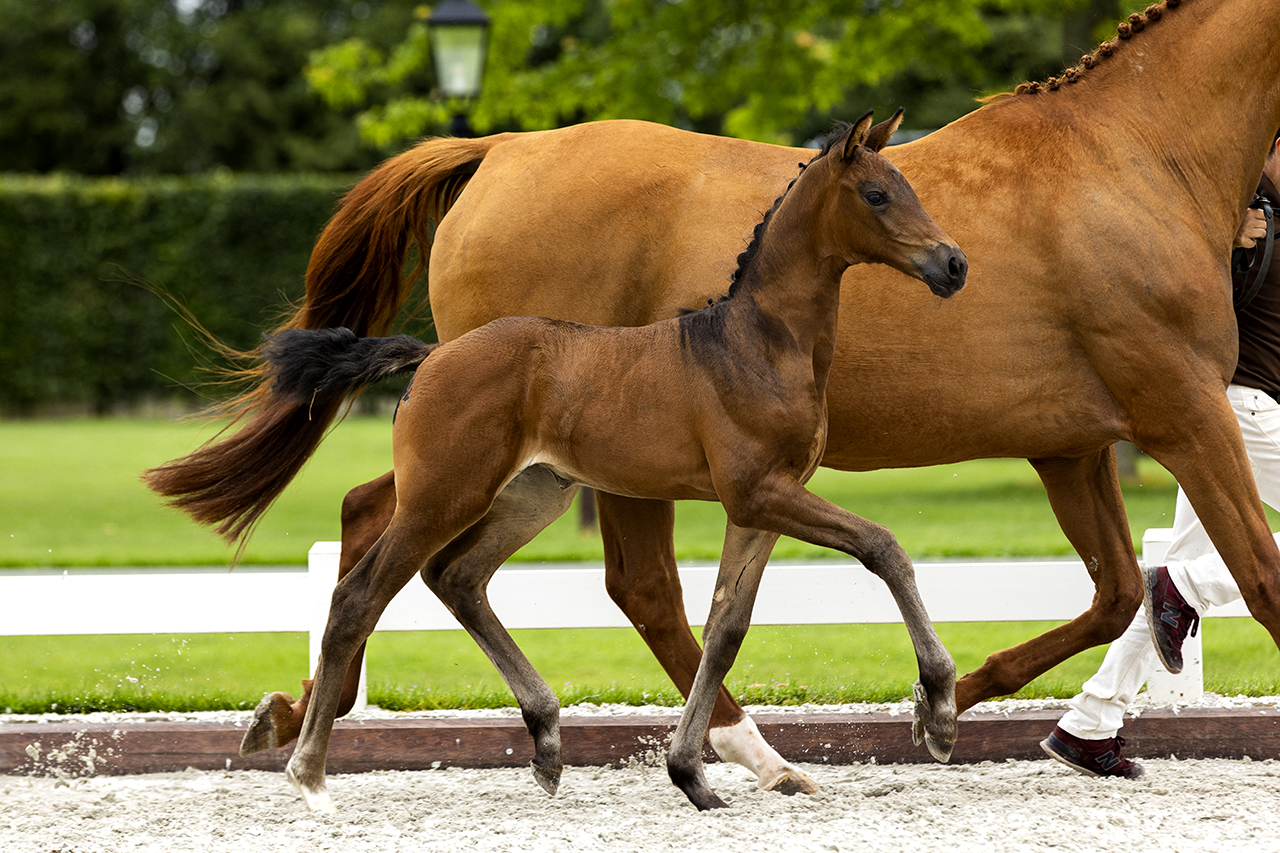 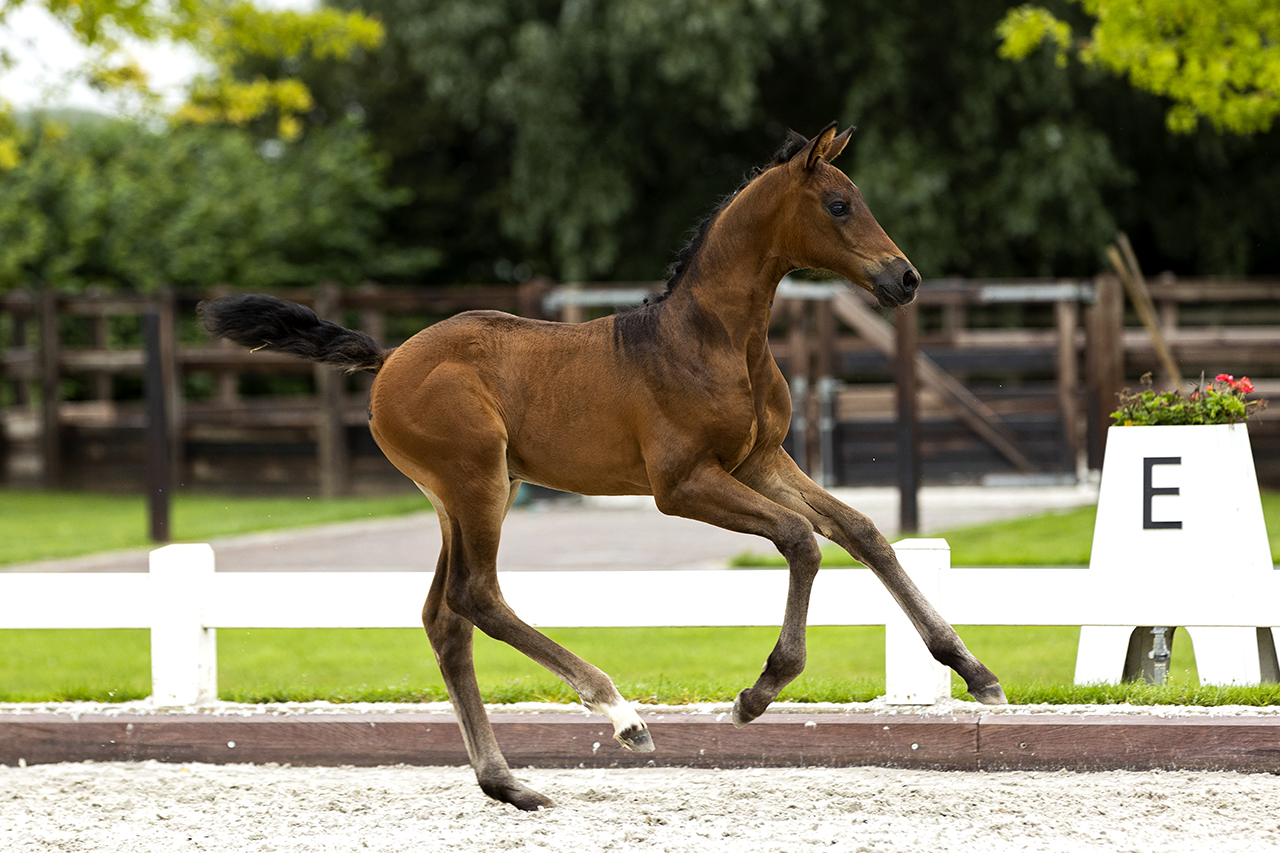