Last weekend the Dutch Championships Dressage took place at the National Equestrian Centre in Ermelo. At the most famous class of this championship, the Big Tour, horses out of Joop van Uytert’s stable competed as well. Joop is one of the four scouts of the Excellent Dressage Sales team.

The winner of this category was the nine-year-old stallion Total U.S. (by Totilas) under the saddle of Edward Gal. Total U.S. obtained his training at Van Uytert’s stable and moved directly from there to the Glock Horse Performance Center in Oosterbeek. The combination won the first part of the Grand Prix with a score of 81.1%. During the Freestyle, in which Total U.S. danced to his father’s music, the combination leveled up. They won this part with a whopping 85.6%, which resulted in the title of Dutch Champion.

Dinja van Liere sent the also nine-year-old Hermès (by Easy Game) into third place in this category. Hermès is owned by Joop van Uytert. The stallion already walked through the arena with great certainty and self-evidentness, which gave a score of 75.8% in the Grand Prix Spécial. With 81% in the Freestyle, the bronze was won. With this, the combination has also been in the spotlight of national coach Alex van Silfhout for this summer’s Olympic Games. 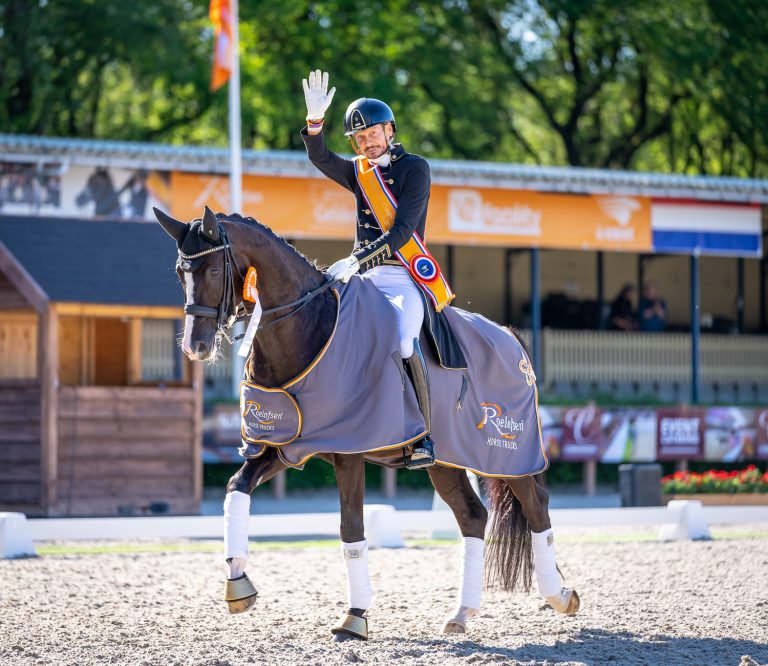