Very successful EDS-Prinsenstad foal auction with auction toppers of €44.000 and €39.000

HOOGE MIERDE – The EDS team can look back on a very successful auction in which expectations were exceeded. 55 foals came under the virtual hammer. Nine foals were not awarded. The average sales price of the foals sold was almost € 10.000, of which ten foals were sold for € 15.000 or more.

Soulmate BVP (So Perfect x Gray Flanell) was the auction topper with € 44.000. A fantastic stallion from the well-known mare line of Don Schufro and Just Wimphof! This topper was sold to a well-known Dutch dressage rider and remains on Dutch soil. For Showtime (Las Vegas x Grand Galaxy Win) there was a bidding duel between the Netherlands and Sweden. For € 39.000 euros, this most expensive filly also will stay in the Netherlands. An absolutely handsome foal that can move with a lot of expression! A son of Livius, Stanley, changed owners for € 21.000.

Live presentation
Prior to the auction there was the opportunity in the afternoon for interested parties to come and view the foals from the collection live or to follow the presentation live from home at Clipmyhorse. Many foals went even further on the track. A few weeks prior, there was a lot of interest in several high-quality foals and nothing turned out to be less true, soon after the presentation many bids from home and abroad followed.

Las Vegas and Fürst Dior offspring the favorite
With ten foals in the collection, the son of Ferdeaux was one of the top suppliers. Las Vegas is the performancetest champion of his year and won the Pavo Cup. The expectations of the stallion are therefore very high for the World Championships for young dressage horses next month in Ermelo. Four of his foals were sold above €15.000. The offspring of the young stallion Fürst Dior were also popular and many buyers expressed their interest. With four foals in the auction, two (out of the famous dam Bukkie) were sold above € 10.000. The son of two-time world champion Glamourdale, Sinclair S, was auctioned for € 16.000 and the daughter of Dutch Champion and two-time bronze medal winner Hermès, So Happy, is  leaving for his new owners for € 16.000. 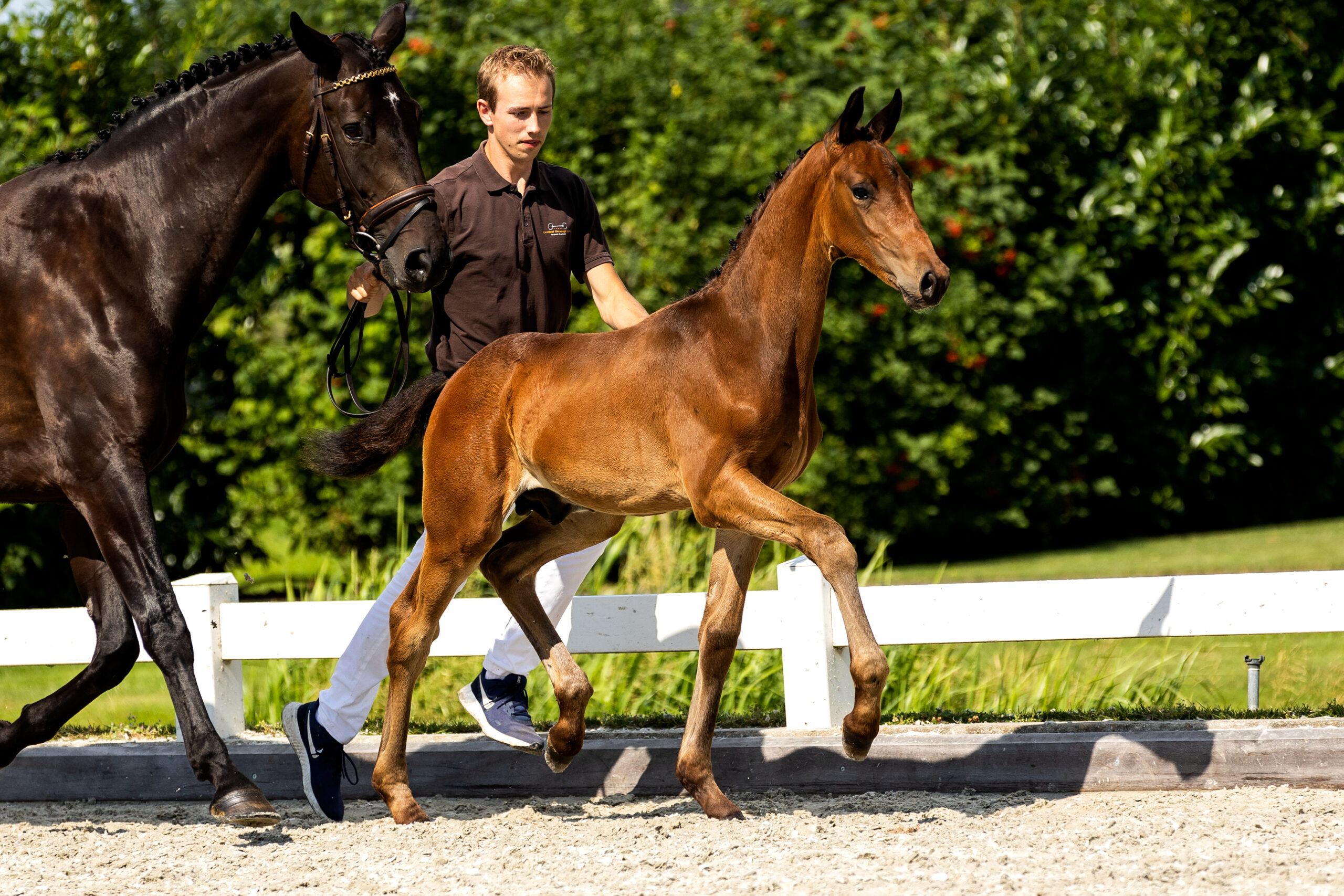 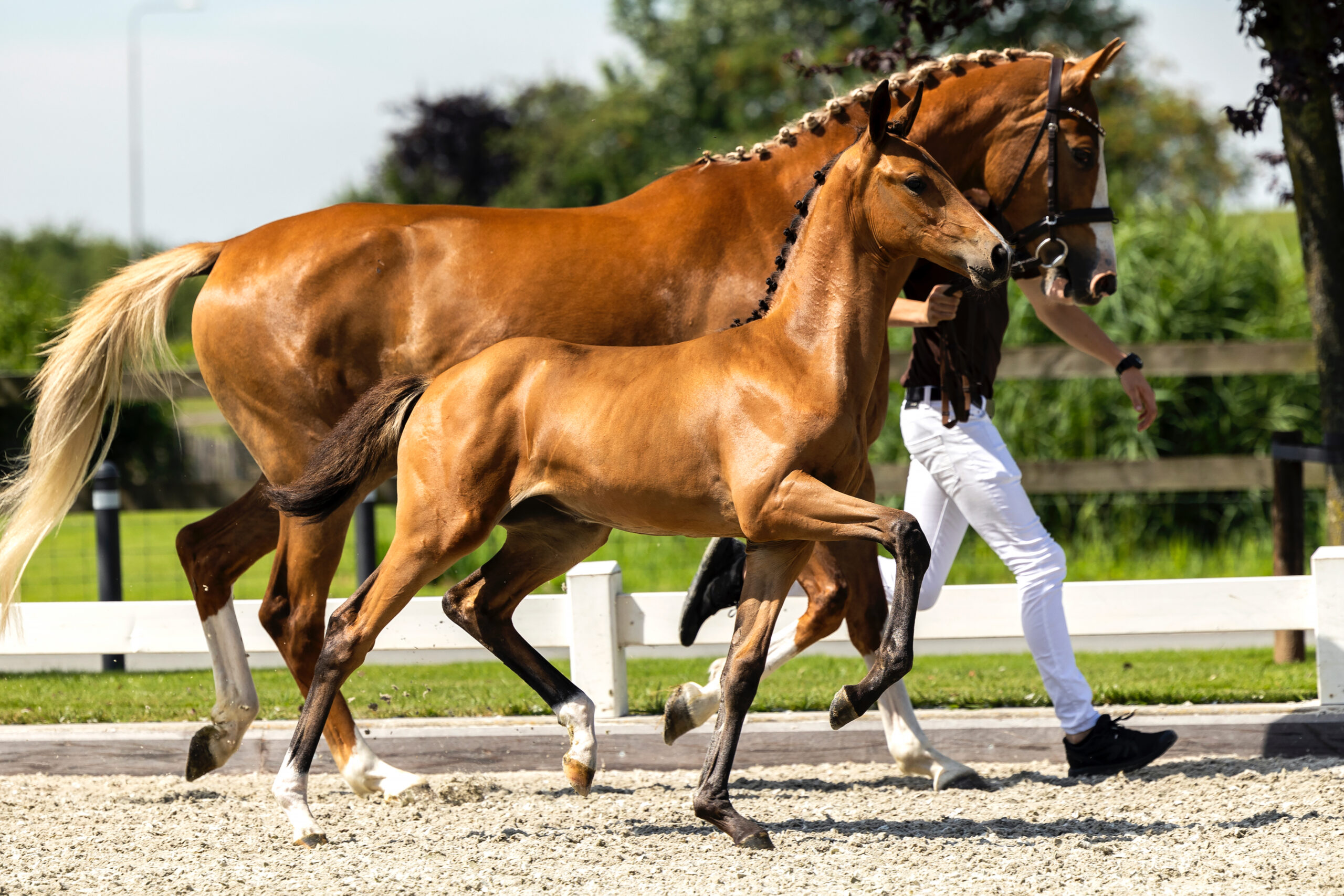 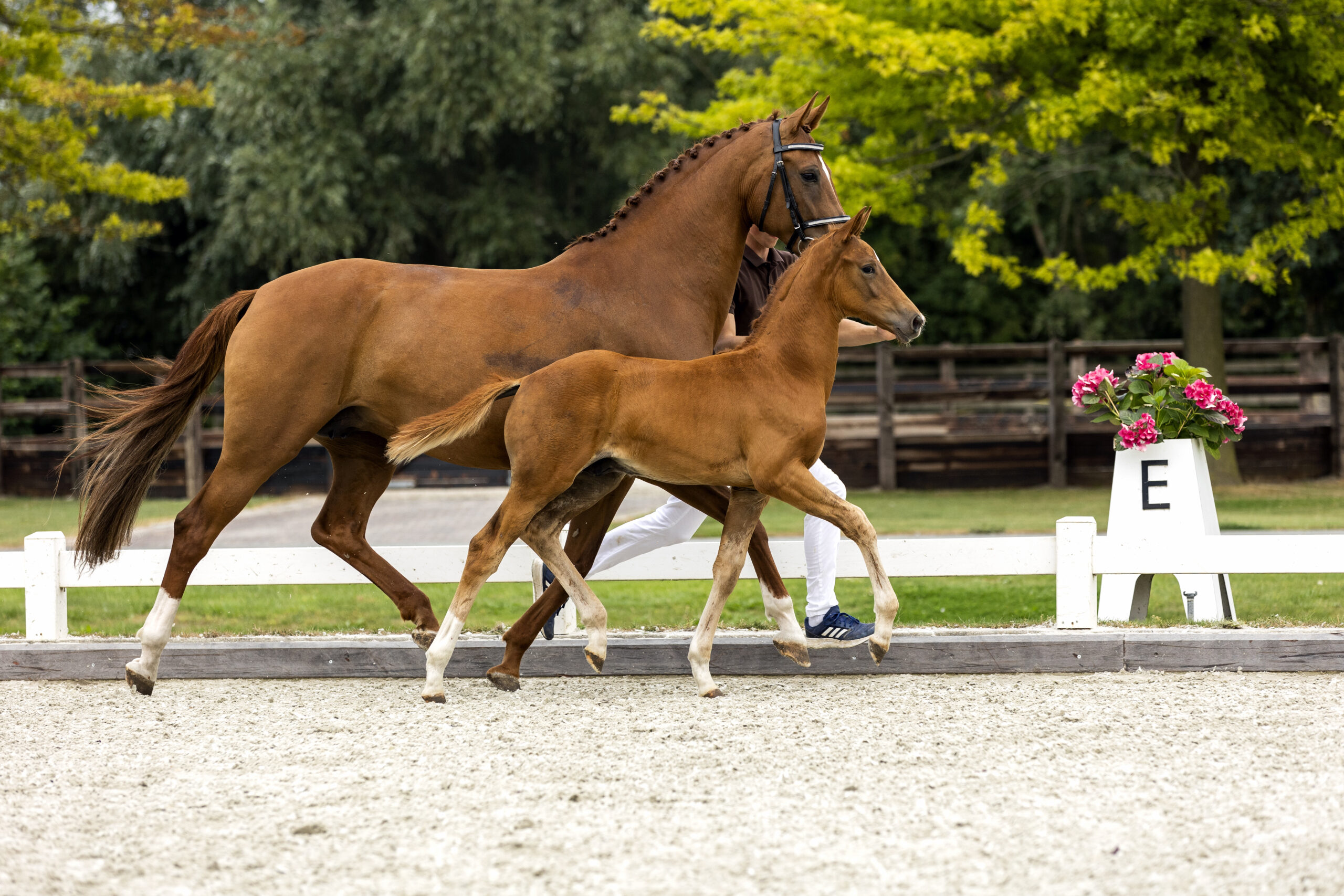