The Hanoverian studbook indicated earlier that selecting stallion specific for the breeding goal Grand Prix, as we do it in Dutch breeding, can also offer opportunities for their own studbook. This week, the studbook took action with that word: no fewer than 11 of EDS team member Joop van Uytert his stallions were approved.

One Trakehner stallion
The eleven stallions that Joop presented were not all KWPN dressage stallions. Trakehner stallion Easy Game (Gribaldi x Schwadroneur) was also presented and approved by the inspection committee. Van Uytert: “Easy Game proves he can deliver top Grand Prix horses with TSF Dalera BB, ridden by Jessica von Bredow-Werndl, and ‘our’ Hermès, which, together with Dinja van Liere, is in the race for a place in the Dutch Olympic team. I think his offspring perform so well because of their strong topline and the connection they can make in movement and therefore also excel in piaffe and passage.”

Younger stallions in demand
In addition to Easy Game, especially younger stallions are approved at the inspection at Van Uytert. It concerns the following nine KWPN dressage stallions: Ferdeaux (by Bordeaux), In Style (by Eye Catcher), Incognito (by Davino VOD), Johnny Depp (by Bordeaux), Just Wimphof (by De Niro), Ladignac (by Glock’s Zonik), Lennox US (by Grand Galaxy win), Livius (by Bordeaux) and the Danish bred My Blue Hors Santiano (by Sezuan).

The KWPN show jumping stallion Emir R (by Colman) was approved as well. The stallion, bred by the Roelofs stables, jumps at the highest level (1.60 m) himself and his first offspring are already  competing at international competitions. 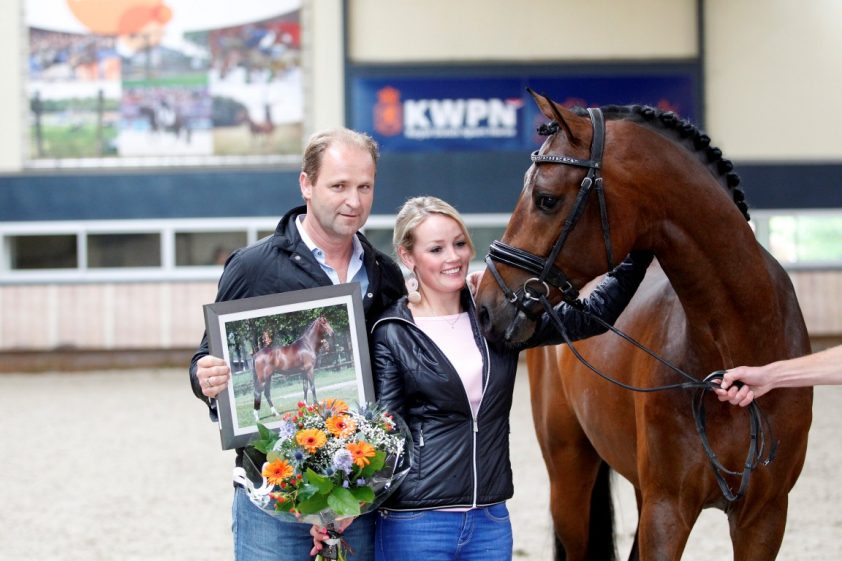