How is the NRPS-approved stallion Escobar?

In March 2021 Grand Prix rider Kim Thijssen purchased the NRPS-approved stallion Escobar during the Excellent Dressage Sales. Kim was already interested in the stallion a year before the auction, so she seized her chance during this auction. Six months later, we asked her how the new combination is doing. What characteristics of Escobar does Kim like? And what are the goals for this promising new combination?

Kim: “Over the past six months I have mainly focused on becoming a team with Escobar. I think it’s important to take the time for that. The first period he was stabled somewhere else, so we had some time to get to know each other. Then I took him home and continued training being guided by Patrick van der Meer. It’s really nice that he’s home now. Now I can give him extra attention, something that does a lot for our connection.”

What makes Escobar such a good sport horse?
Kim: “I think the most special thing about Escobar is his character. He really is that nice. I don’t think he knows how to get angry. He also has a real competitive mentality. In the ring he is always  ‘on’ and he always gives a little bit extra than during the training sessions.”

“Besides his character, I think Escobar is just a very complete sport horse. He has three good gaits, his canter really stands out. In addition, he has a beautiful exterior and we win many points for his stable and quiet contact.”

What are your short and long term goals with Escobar?
Kim: “We purchased Escobar as my future sport horse. The long-term goal is the Grand Prix, but ofcourse we are taking our time to work towards that. In the past months I have competed Escobar a number of times at Z2 level. In these competitions he scored between 65% and 70%. Now we are mainly working on developing strength and we would like to take the next step to ZZ-light level soon.” 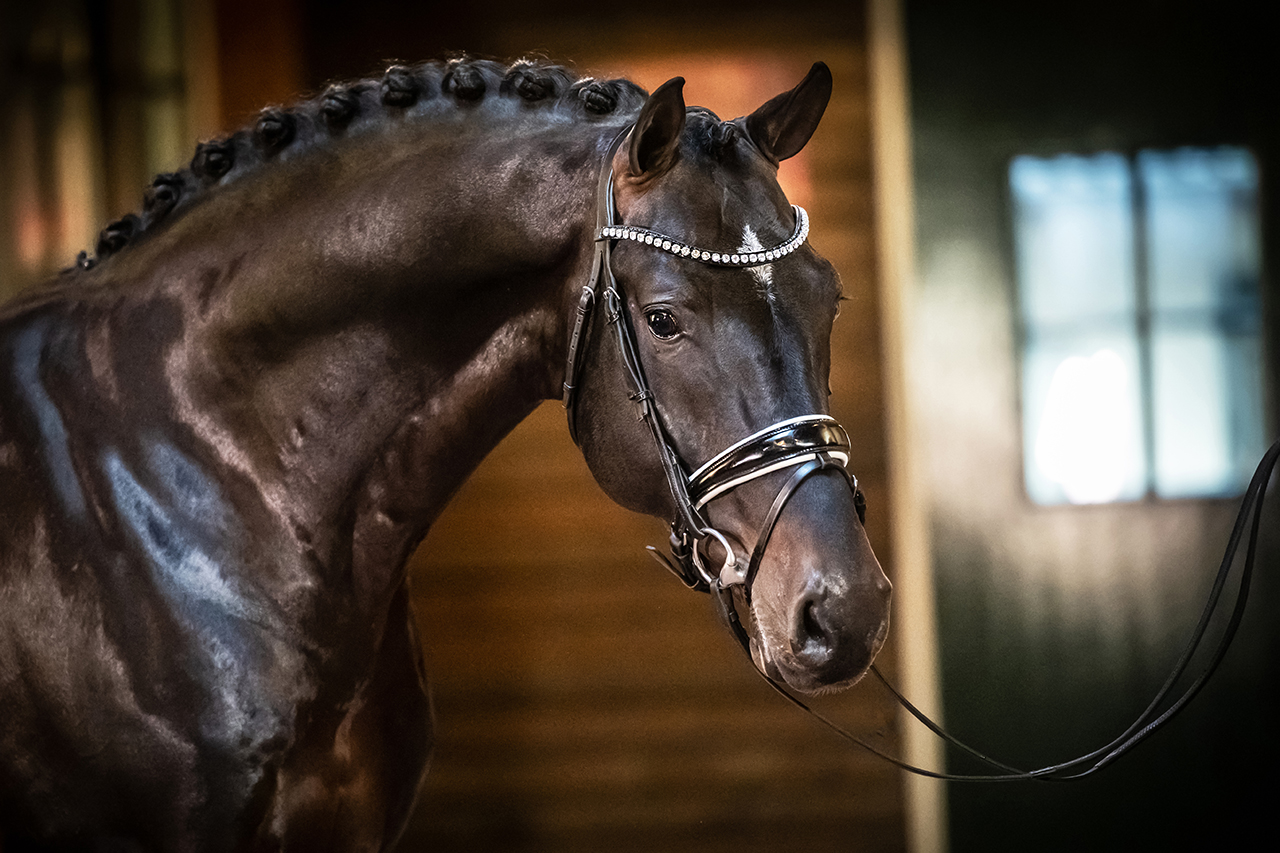 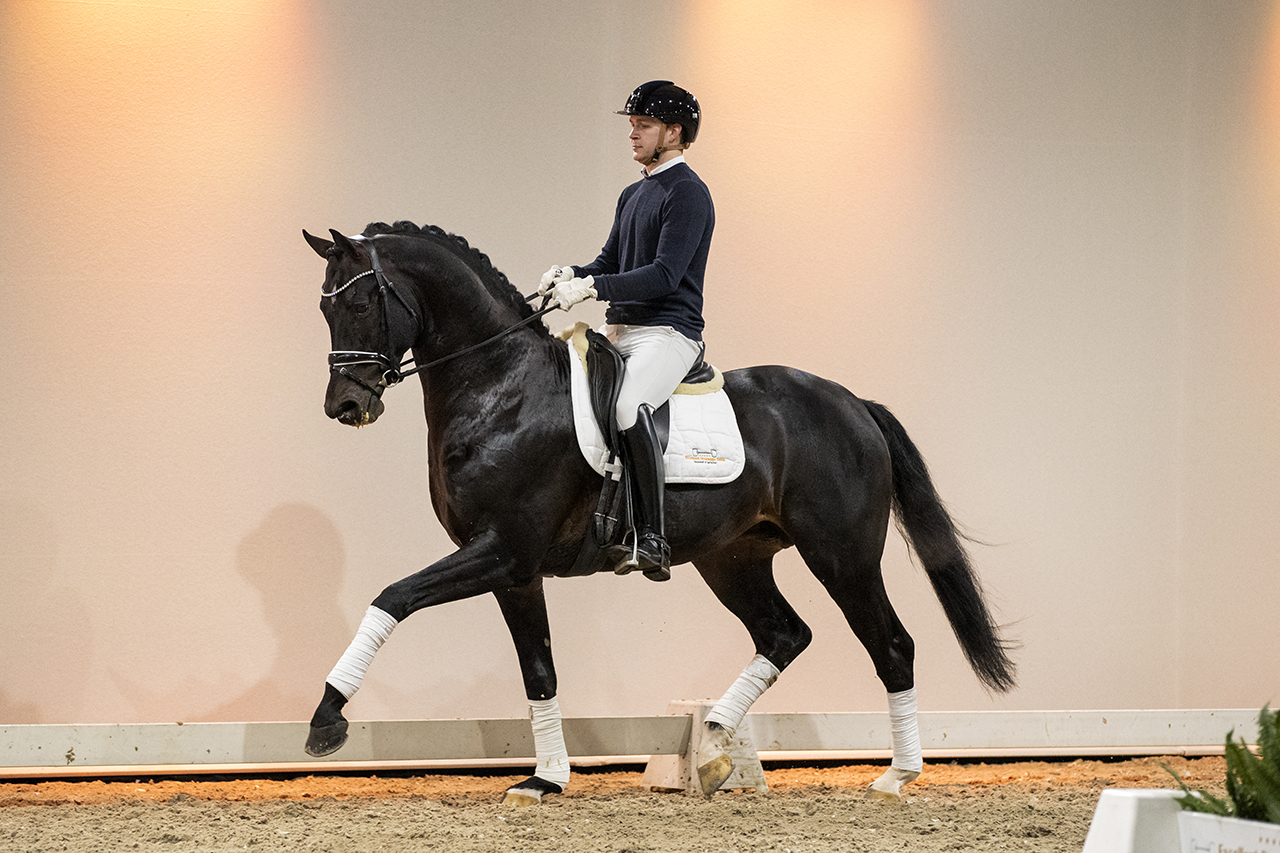 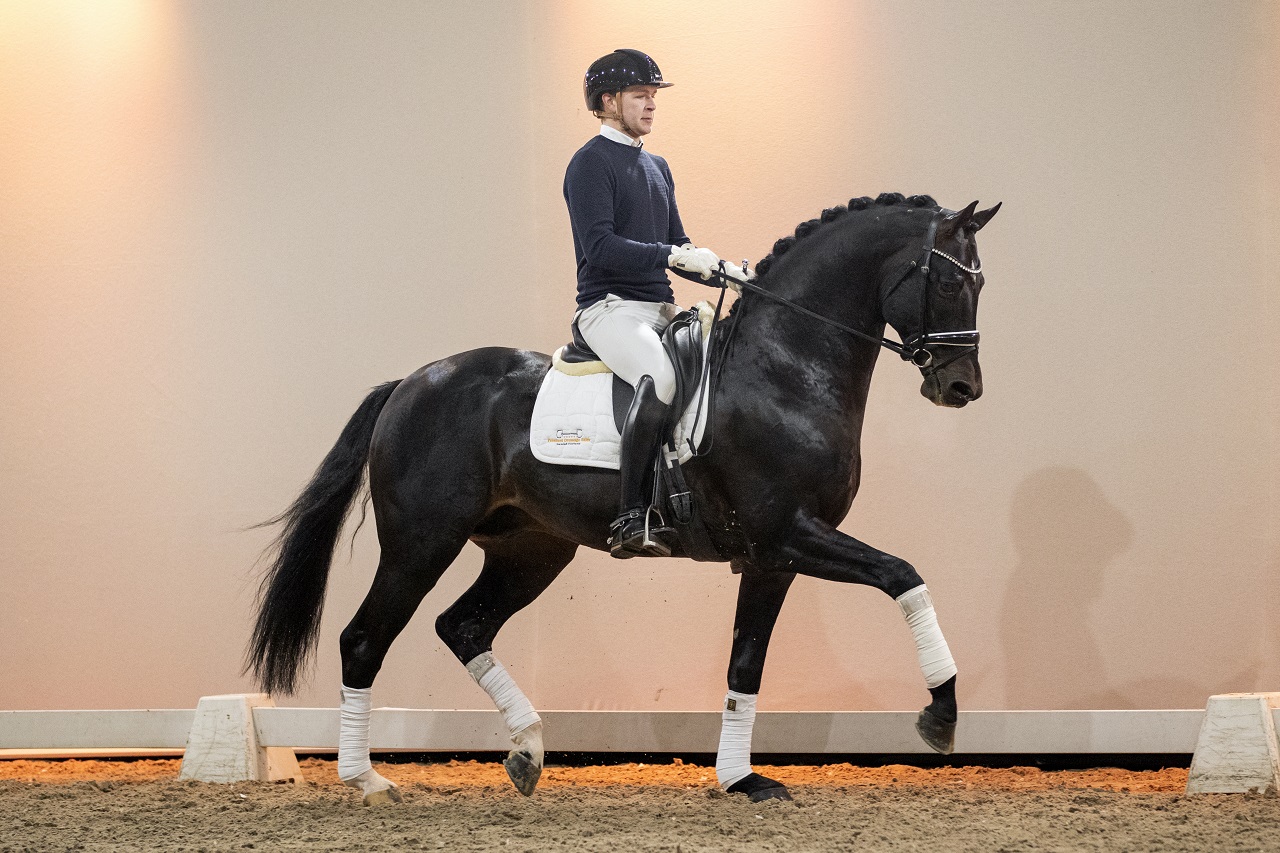